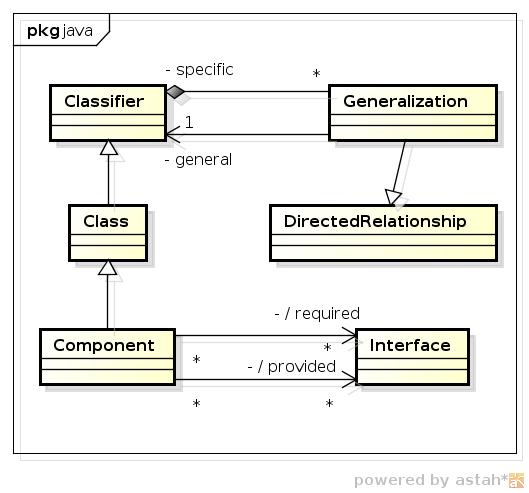 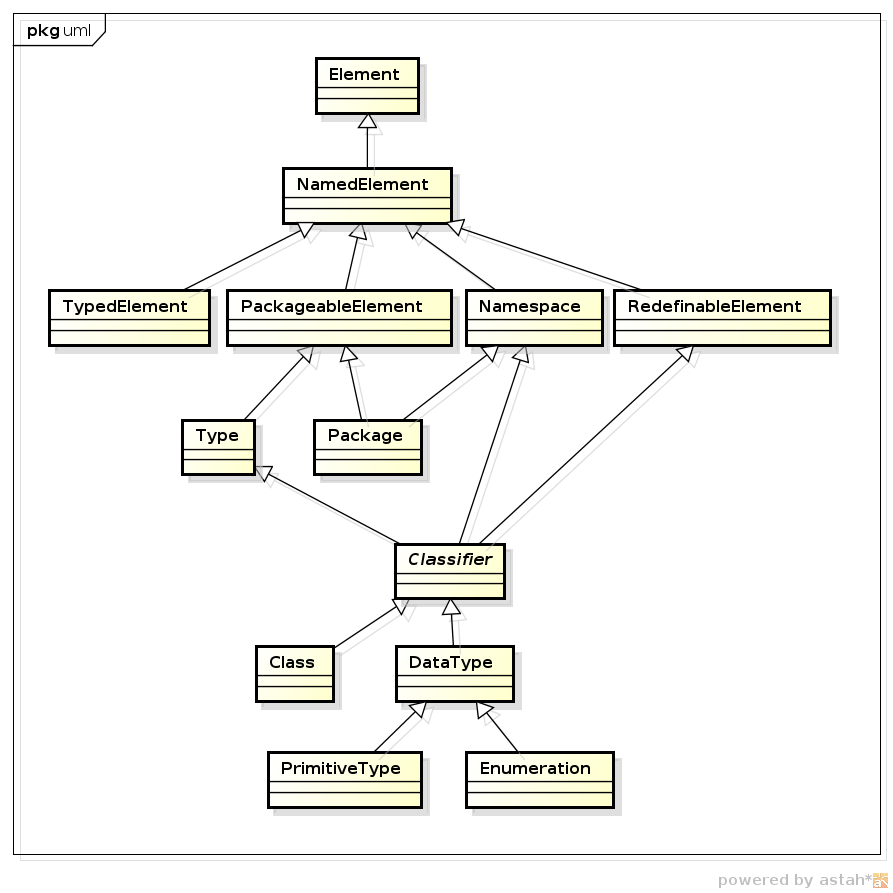 Classes that are classifiers (the annex of the UML Superstructure contains a full taxonomy):

Classes that are not a classifier:

So all in all, the three criteria given (be a namespace, be a type, be generalizable) combined with some gut feeling allow us to guess what is a classifier and what is not.

All sciences are based on the concept of classification, for example taxonomy in biology. Object are assigned to different classes, which in turn often form a hierarchy (although there are classifications that are not based on hierarchies).
UML is based on a hierarchic classification. Or, to put it in the words of the spec: „A classifier is a classification of instances, it describes a set of instances that have features in common“.

The following description of the diagram is technical and doesn’t render our intuitive understanding of state machines obsolete:

A vertex is an abstract superclass for all state nodes. The metamodel looks like this: 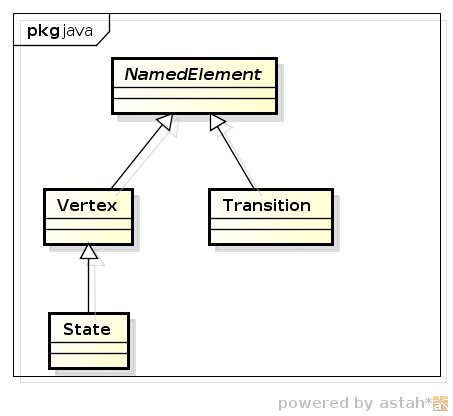 A state can be a FinalState, indicating that the enclosing region is completed. 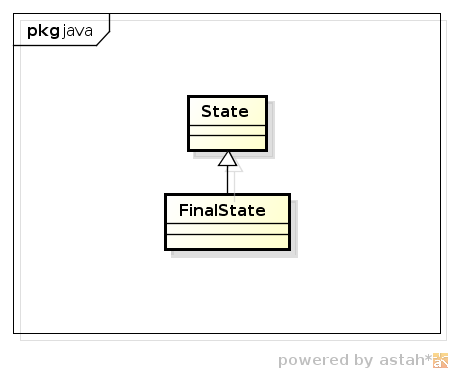 Why didn’t the OMG model the information if a state is final as a boolean property of State? After all, it has the implication that you have to pick a special element (=create a special metamodel instance) instead of just toggeling a value between true and false (like marking a class abstract). My guess is that they want to force you to think twice before considering a final state. In contrast to abstract classes, the FinalState has some implication on the model’s structure, the model can’t just continue with transitions to other states after reaching the FinalState. But then again, the metamodel of Transition has no special handling for FinalStates.

Pseudostates do not represent value configurations of the modeled element, they stand for a transient node. Thus they are not a specialization of State. 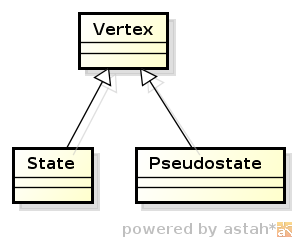 How exactly does a given Composite Structure diagram map to the UML Metamodel? First some definitions form the UML spec:

„Connector=link that enable communication between two or more instances. Each connector may be attached to two or more connectable elements, each representing a set of instances“. This states that the instances in the Composite Structure diagram are represented by ConnectableElements (which are abstract and subclassed by Property). Looking at a composite structure diagram, one may mistake those Properties as Objects, but they are not.

„A property specifying an instance that is not owned by the instance of the containing classifier is shown by graphical nesting of a box with a dashed outline. The contained box symbol [of a part (represented by a solid box)] has only a name compartment, which contains a string according to the syntax defined in the notation sub clause of ‚Property'“. This indicates that the whole diagram is based on the viewpoint of the containing [structured] classifier. The following two images show the class diagram and the composite structure diagram from the viewpoint of the class „car“. 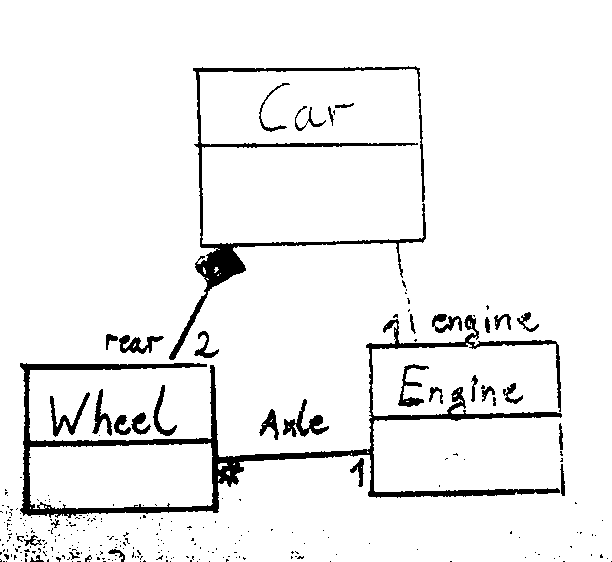 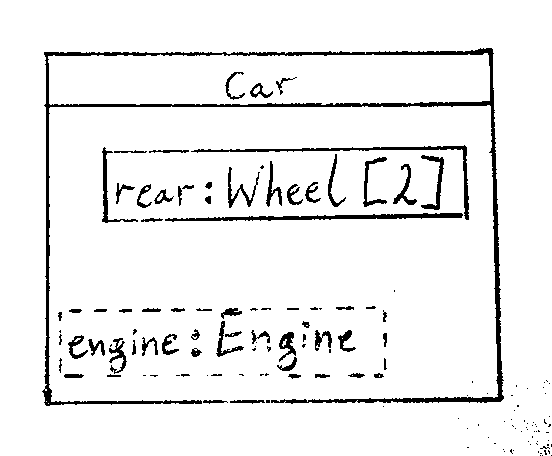 „A property symbol may be shown containing just a single name (without the colon) in its name string. This implies the definition of an anonymously named class nested within the namespace of the containing class“.

To sum it up: Take a structured classifier. To make a composite structure diagram for this class, take the properties that are linked to it by composition and represent them with a solid box. All relevant Properties that are not owned [by composition] can be represented via a dashed box. One hint to represent the composite structure diagram as a set of metamodel instances: The Association (which is part of the fundamental certification) can own Properties (association ends) that are not owned by a class. Here is a very simple class diagram and its representation as a set of metamodel instances: 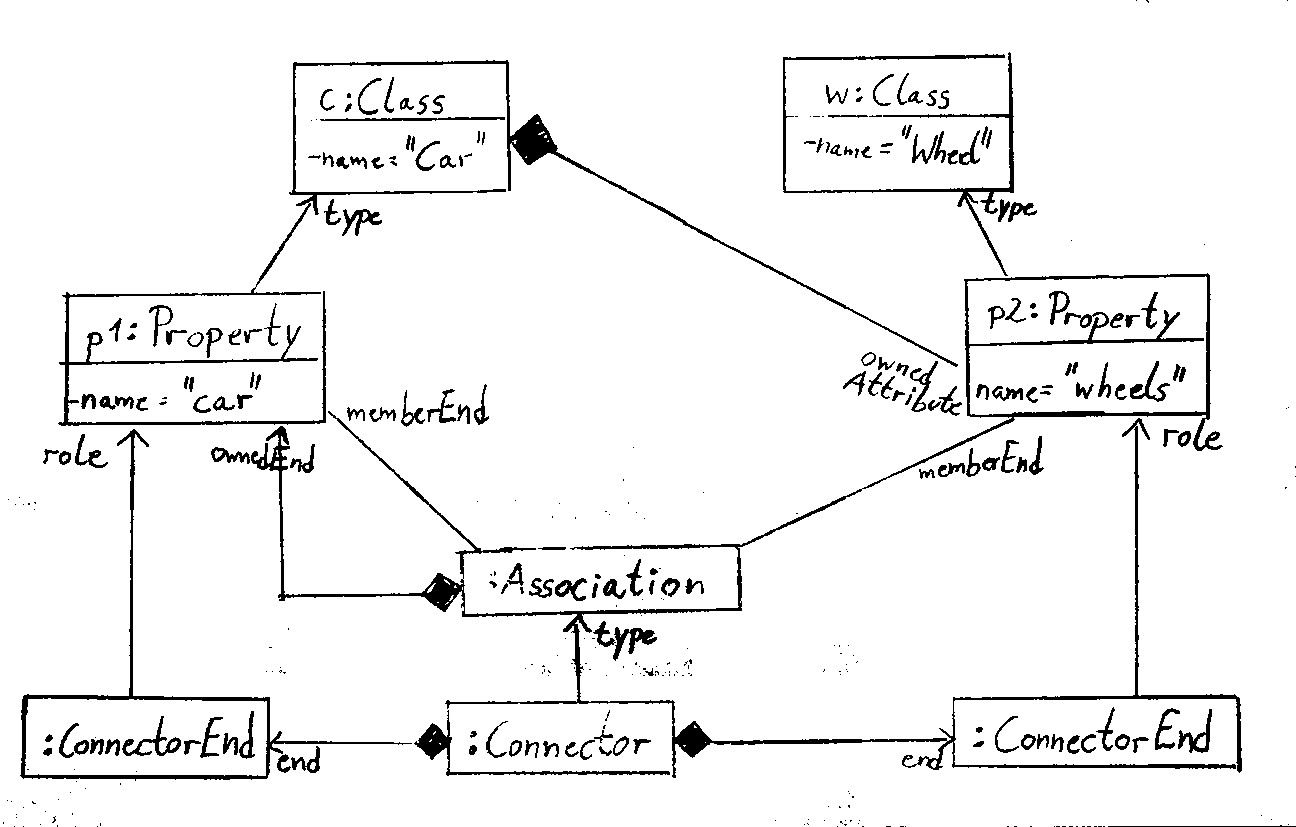 Composite structure diagrams describe which object relationships are valid and which ones are not.

Structured Classifier = a Classifier with behavior that [can be described] depends on referenced instances.

Part = association end (of a composition)

Here is the part of the merged metamodel that concerns composite structures. As always, abstract classes are not marked. 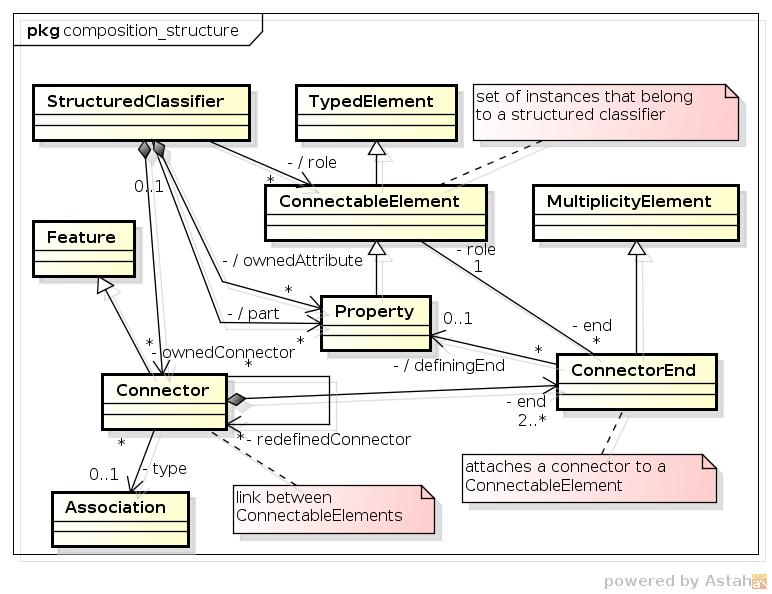 How exactly do the metamodel instances look like for a given composite structure diagram? This will be the next article in this series.

I include this part of the fundamental exam here, because it’s important for the following parts of the exam. This is part of my notes for the examination.
A DataType (and all its subclasses) has no identity.
PrimitiveType= Integer, Boolean, UnlimitedNatural, String
An example for UnlimitedNatural is the upper bound of a Multiplicity, see MultiplicityElement.
DataTypes are marked by keywords and not stereotypes (although the notation looks the same „<<enumeration>>“) 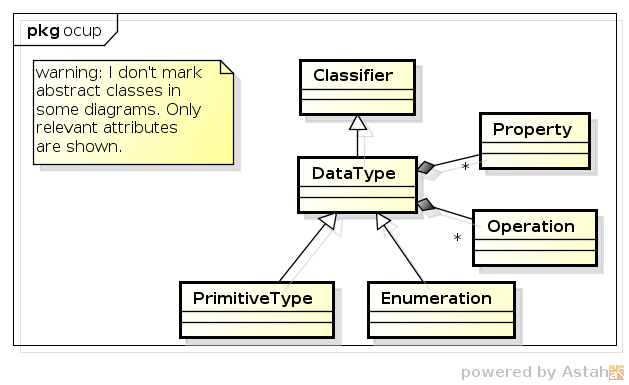 Stereotype= way of extending the metamodel, adds semantics to an existing model element
– multiple possible
– can have attributes to store additional information 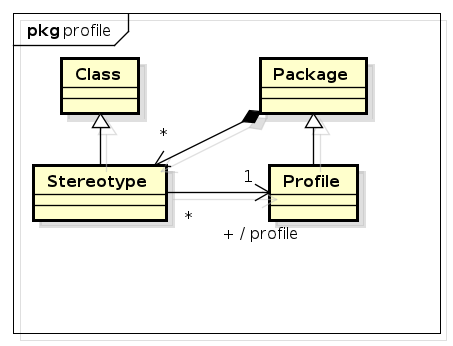 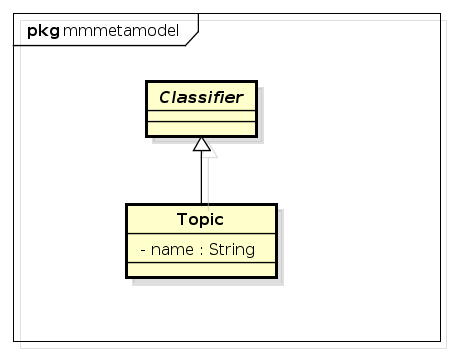 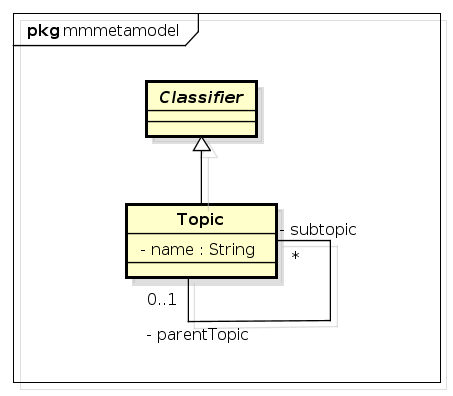 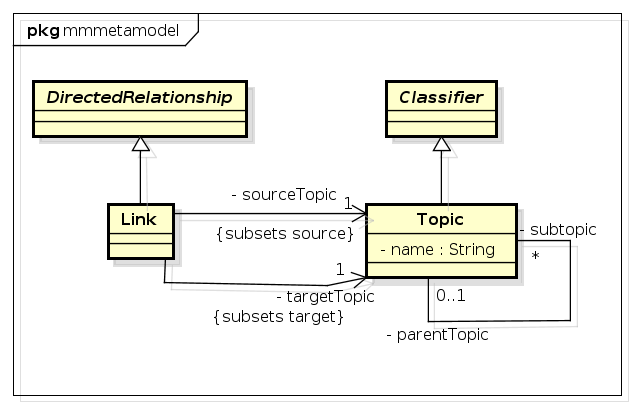